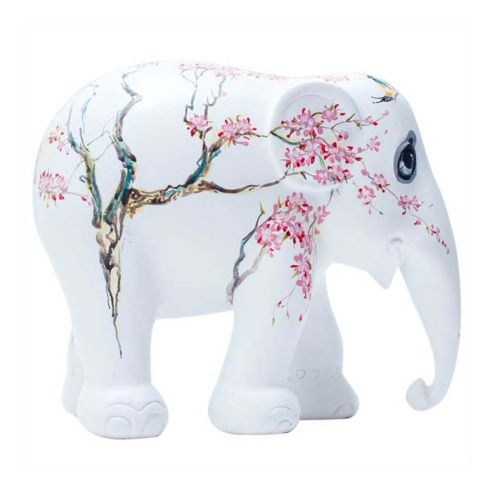 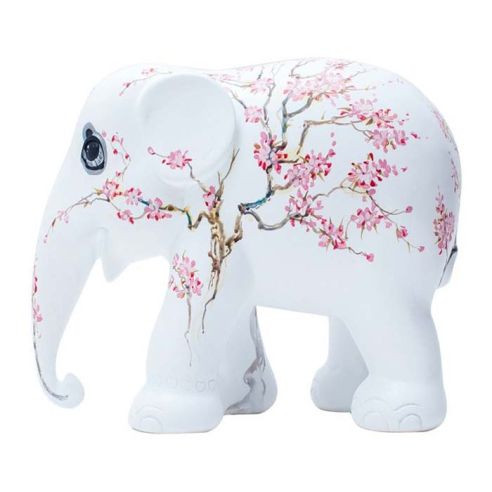 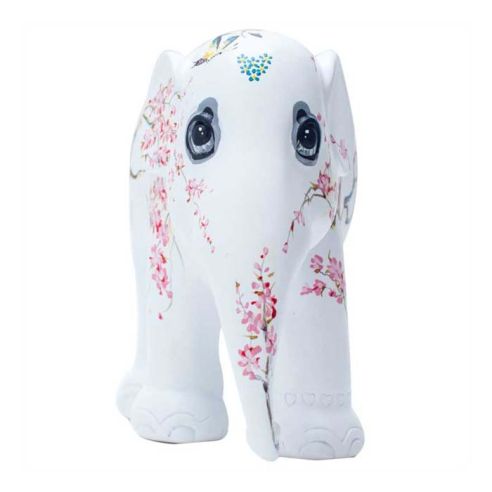 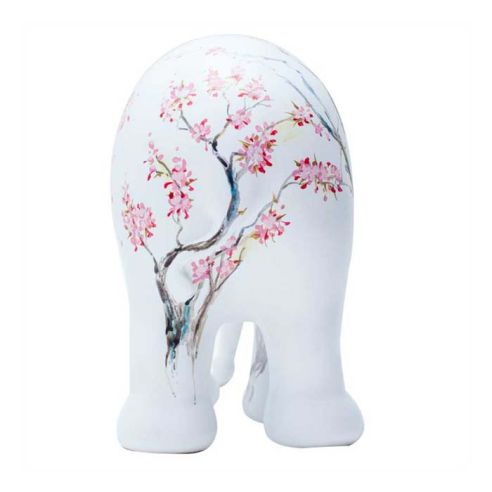 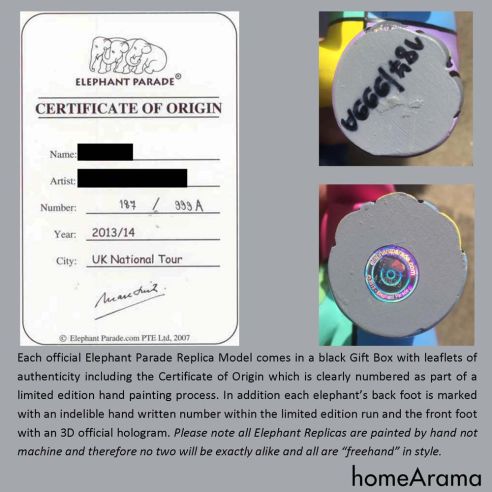 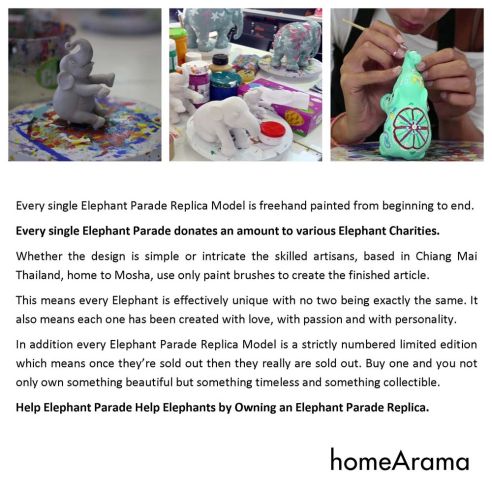 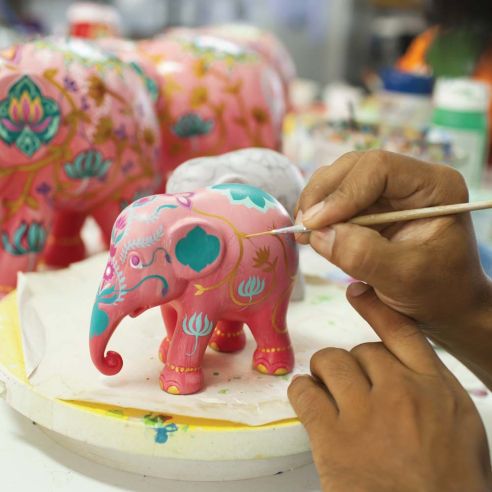 An original Elephant Parade Original is a really special gift to give and to own. Every elephant is hand-painted by talented artists, is part of an exclusive limited edition series and every one sold donates to charities in aid of elephant conservation. Each elephant comes packaged in a smart black gift box (excl 75cm), with a hologram of authenticity and a certificate listing the artist, series, production number, year and parade city.

The Elephant is known for its wisdom, strength and as a symbol of good fortune. In the art of Feng Shui it brings energies of beauty, silent power, kindness, fertility & majesty to your home, office or wherever you place it. To welcome such positivity into your space just ensure your elephant replica is facing inward, preferably just inside the front door.

We now have a range of designs you can personalise for weddings, celebrations and all events so why not contact us at [email protected] to find out how you can bring good vibes to your family, friends, colleagues and customers with a unique gift that gives back to Elephants!

Please note that due to the hand-painted nature of the Original elephants there will always be minor variability between two identical products. The elephant Original pictures shown online are mainly of the 20 cm models, some variations in detail are possible based on the complexity of the design and the size chosen. Images are not to scale and lifestyle images tend to feature full size elephant originals and the design may differ on a smaller originals.